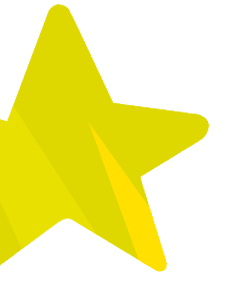 EUDEC is a democratic organisation. People who join EUDEC become a member and are allowed to vote in the Annual General Meeting (AGM) every summer. Members build contacts and organize amongst themselves to start and develop different projects. The members have formed a council to help manage these projects.

True to our principles, these structures are democratic and participatory, allowing every member to take an active role in decision-making. We have two central institutions on the European level:

Below you can find more information about these and about the Oversight Committee, which receives and investigates members’ complaints and must approve certain extraordinary decisions before they go into effect.

Members can organize in Workgroups in order to collaborate on different projects. Structures are also in place for local networking and action within Regional Chapters which members can create.

The highest organ of EUDEC’s democracy is the Assembly of Members.

Assembly meets at least once a year, at Annual General Meetings AGMs. Every member of EUDEC can make proposals and take part in discussing and voting about proposals. Proposals can be decisions on actions and projects; they can be resolutions and declarations; and of course they can decide about community rules and structures. (This includes the Articles of Association, which is the legal document framing EUDEC as a registered association in Germany, and the Guidance Document, which lays out the internal rules and procedures.)

Council is a board of members who volunteer to manage the organization between Assemblies, based on the decisions of past Assemblies. Full elections for Council take place every two years during the AGM. Council meets two times a year in person, and every one or two weeks in an online conference call. Their many tasks include representing EUDEC publicly, budget management, Assembly planning and preparation, project coordination, and organizational strategy.

Assembly elects a three-person Oversight Committee every two years. The Committee’s job is to receive and investigate complaints from members according to clear rules set by Assembly. The Committee also acts as a safeguard – certain kinds of decisions have to be reviewed by the Committee before they can become final. (For example, if Assembly decides to make a change to the Guidance Document, Council has to propose exact wording and changes, and these have to be approved by the Committee.)

Current members of the Oversight Committee

EUDEC is a registered non-profit association in Germany, EUDEC e.V. More details can be found here.

Regional Chapters can be organized as projects under the umbrella of EUDEC e.V., or they can be independently registered associations.