32 years ago, Romania was one of the soviet satellite states which was granted freedom after more than 40 years of communism – first 18 of stalinism. This freedom came with deep moral and material problems, still unsolved – this is why the Romanian society is still highly corrupted, and the brain drainage is huge.

One of the most affected is Education – the last and the least, together with Culture, in public investments. The quality of Education was already low, most of the efforts in schools were (and still are) diverted to private tutoring, by the same teachers hired in schools. Kids in standard school have to attend the “free” regular courses, then pay extra-hours with usually the same tutors. The most solicited are the Math and Languages teachers – the disciplines preferred for standard testing. The receipt is “simple”: learn by heart, as much as possible, train to get a good grade, answer questions you never think about in your life, then get lost from a system which behaves like an almost illiterate babysitter. Of course, there are the so-called good schools, with high standards, most of their graduates enrolling abroad, in the end. The public investment in a system that creates future experts for abroad is, of course, minimum.

Some parents, tired of the experiments the Romanian educational system is testing on their kids, decided to quit the standard school. The legal terms to do that are “grey” enough to let you interpret the law as you like…. Some of the parents enrolled with the so-called umbrella schools in USA, others joined this private initiative launched by Re-Design – a ngo founded at the end of 2013, to promote the “ideal school” concept – an upgrade of the ancient Library of Alexandria, where liberal-arts approach and Project Based Learning is general practice. In 2017, Re-Design was registered as one of the groundbreaking schools around the globe in the Edumission contest – selected by a jury which consisted of famous figures like Ken Robinson, Peter Gray, Sugata Mitra, Yaacov Hecht.

CEREHARD is the acronym, in Romanian, for Re-Design ngo Resource Centre for Holistic Education. It is accredited as British Curriculum School EOTAS type – Education Otherwise Than At (Standard) School by PENTA International, the UK inspectorate working with UK gov for piloting and accrediting British Schools Overseas. The “heart” of CEREHARD concept is the etymology of the word “school” – “skole”, in ancient Greek, means leisure time usually spent for philosophy.

CEREHARD encompasses all the educational alternatives outside the standard system, and promotes the connection between education and neuroscience. One of Re-Design ngo projects is this neuroimaging evaluation centre, where brain-prints are analyzed in order to personalize learning at its best. Parents are, perhaps, the most important component of this educational alternatives hub, where they can set learning pods / educational centres where kids learn by doing from talented facilitators or experts who feel the need to share their knowledge. Andragogy & heutagogy replaces pedagogy, and self-directed learning is supported by adults who behave like catalysts, rather than as teachers. 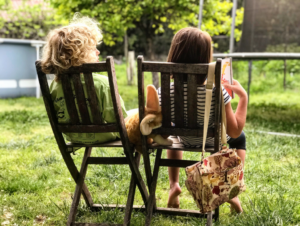 ith CEREHARD can sit IGCSE and AL to be enrolled in Universities, or simply apply through interviews and portfolios. At this moment, most of the grown ups set their own small businesses, mostly online now, working already as future entrepreneurs.